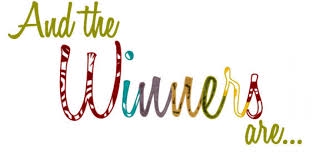 It is with extreme pride for me to announce that the Dr. Phillips Applause Awards have selected three of our students as winners in four total categories. This is a huge honor for our students and school as these are the “Tony’s” of musical theatre for all of central Florida.

Jackson Rifenberg, from our 4th-grade class, earned Outstanding Young Performer for performing the role of Twin 1 in our all-school production of Peter Pan.

Abigail Cheslock, from our 8th- grade class, earned Outstanding Young Performer for performing the role of Wednesday Addams in our middle/high school production of The Addams Family.

Alex Sheffield, from our 11th-grade class, is the first time recipient from our school to be a double Applause Award Winner. Alex has won the Outstanding Performance in Dance Award for her role as an Ancestor in The Addams Family. Additionally, Alex won the Outstanding Lead Performer Award for her role as Peter in Peter Pan. By being selected as an outstanding lead performer, Alex is now eligible to audition for a spot as Orlando’s female representative to the Jimmy Awards in New York City. If selected as Orlando’s representative, Alex would be competing with high school musical theatre students from around the country and have the opportunity to make her Broadway debut at the Minskoff Theatre in New York City.

These students will be honored at the Applause Awards Ceremony on June 1st at the Dr. Phillips Performing Arts Center. Alongside our honorees, graduating Laura Campos and sophomore Sophia Bresciani have been invited to perform in the opening number. We look forward to seeing these students shine on the stage of the Walt Disney World Theatre. This year, these award winners cap off a banner year for our theatre arts department. Congratulations to everyone involved.

Thank you for your continued support of the fine arts department!